The findings of Professor Anne Pommier's recent investigations on the cooling of iron-nickel alloys in terrestrial planets and moons has been published in American Mineralogist. Pommier's article "Experimental investigation of the effect of nickel on the electrical resistivity of Fe-Ni and Fe-Ni-S alloys under pressure" can be found online here.  A brief synopsis follows:

The metallic cores of terrestrial planets and moons are mostly composed of iron and nickel, with some amount of light elements (such as S, Si, and C). The effect of nickel on the core transport properties was investigated by conducting electrical experiments on Fe-Ni(+/-S) samples at conditions relevant to the cores of moons. Electrical results show that at a specified temperature, Fe-Ni(-S) samples are more resistive than Fe by a factor of about 3. Fe-Ni samples containing 5 and 10 % Ni present comparable electrical responses. Based on these results, heat release estimates were calculated for both Ganymede’s core and the Lunar core. Comparison with previous models of the cores of these two moons suggests that some studies may have overestimated the thermal conductivity and hence, the heat flux in these planetary cores. 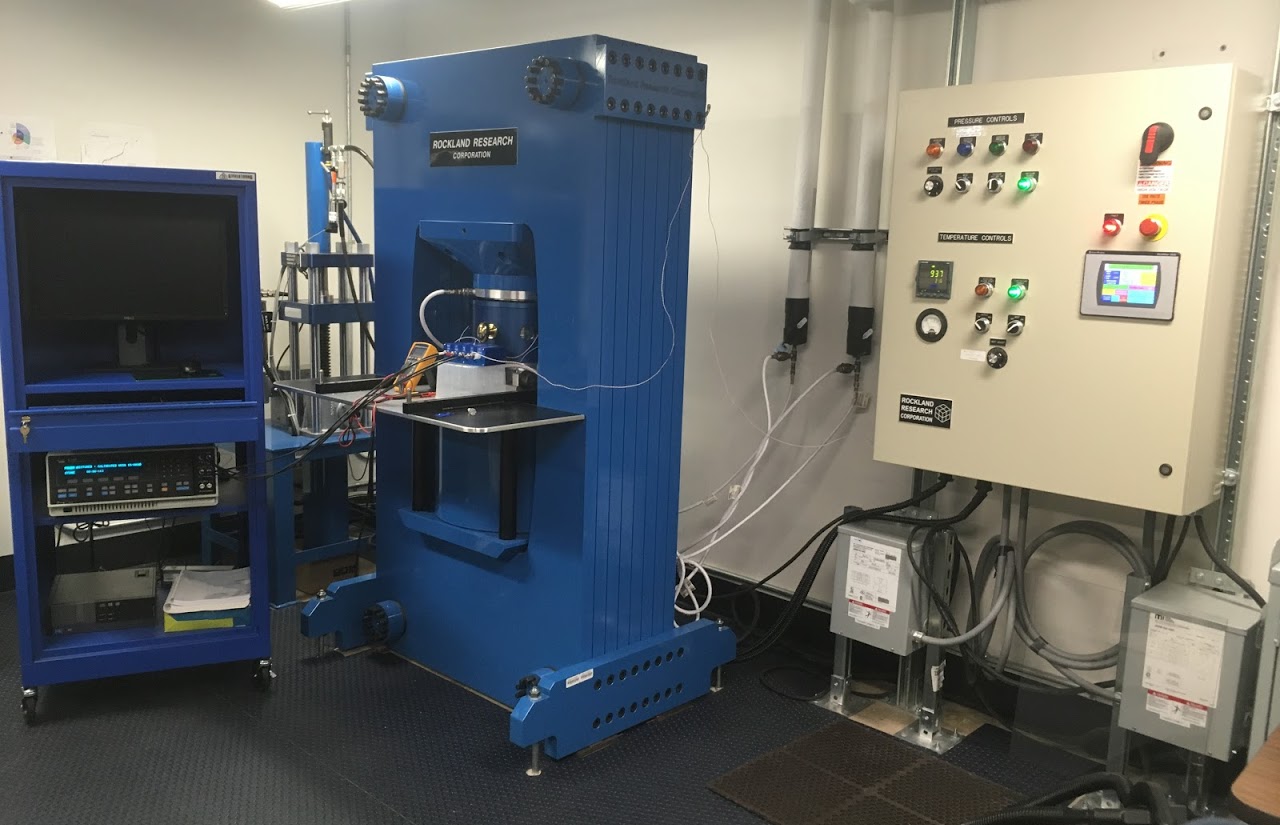 The image above shows the Multi-anvil press connected the impedance spectrometer, PEPL which Pommier used to conduct her experiments.