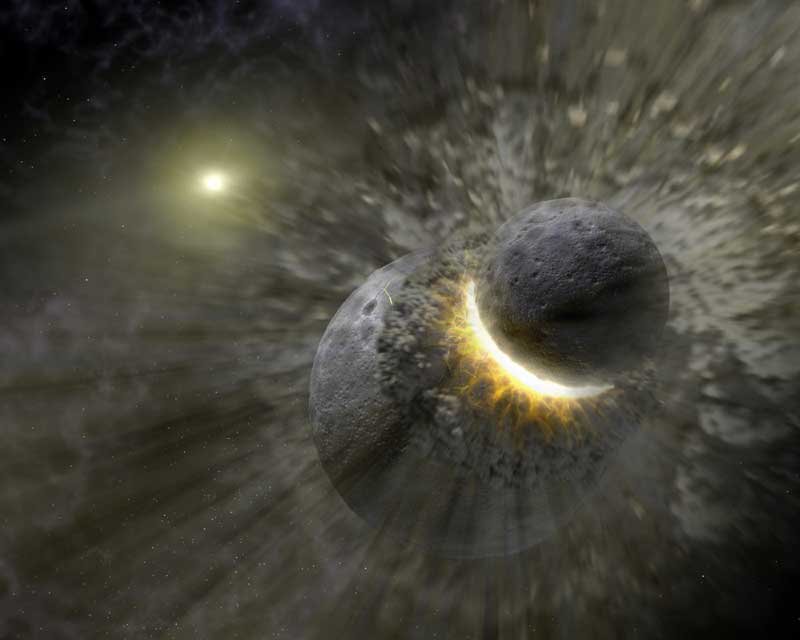 Note: This meeting will be recorded. Please make sure that you are comfortable with this before registering.

Abstract: Assessing the habitability of planets beyond the Solar System critically requires an understanding of planetary system evolution. Low-mass stars (M < 0.5 Msun) are the most numerous stars in our Galaxy, and recent studies show that these stars host the majority of terrestrial planets. Moreover, as their main sequence lifetimes exceed the age of the Universe, low-mass star systems provide an opportunity to study the long-term evolution of planetary systems, including orbital stability. In this talk, I present my work to curate large populations of the lowest-mass stars using ground- and space-based imaging, astrometric, and spectroscopic surveys with the aim of statistically investigating their planetary systems. This work has revealed a rare class of systems with significant mid-infrared excess, a signature of dust, that is interpreted to arise from planetary collisions. Planetary collisions have obvious ramifications for the habitability of terrestrial planets, and may provide an evolutionary pathway for the observed dichotomy between younger multi-transiting planet systems and older single-transiting planet systems. I will also outline ongoing efforts to study star-planet interactions around the lowest mass planet hosts, which contain a large number of potentially habitable planets. Current and future facilities, such as the James Webb Space Telescope, Rubin Observatory, and Transiting Exoplanet Survey Satellite, will ultimately enable the study of habitability across larger scales and a wider range of host masses.