IGPP is pleased to invite you to join its Virtual Seminar Series presentation featuring Tulane University's Cindy Ebinger. Dr. Ebinger's talk, "Rifting Cratonic Lithosphere: Faults, Fluids and Flow" will be available via Zoom on Tuesday, May 11, 2021, starting at 12:00pm. The seminar will be hosted on Zoom link here (password = africa). 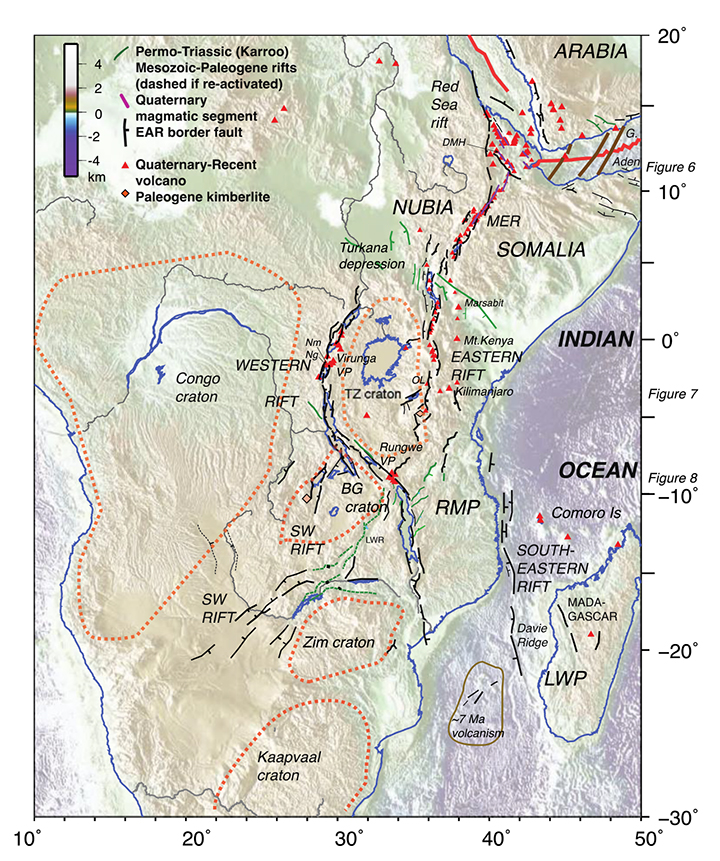 Note: This meeting will be recorded. Please make sure that you are comfortable with this before registering.

Abstract: Active and ancient deformation patterns indicate lateral heterogeneities in crust and mantle structure influence the distribution of strain and magmatism in continental rift zones. Topographic relief at the lithosphere-asthenosphere boundary may deviate and enhance mantle flow, particularly at the edges of thick, buoyant Archaean cratons. The magma-rich Eastern rift, E. Africa formed near the eastern edge of the Archaean Tanzania craton in northeastern Tanzania, which has been affected by a deep-seated mantle upwelling, and provides an example of active rifting in a region with large lateral heterogeneities of lithospheric structure. Uniquely, rift sectors in East Africa with and without magmatism have seismicity distributed throughout the crust, and in some areas, the upper mantle. Our objective is to evaluate and integrate spatial variations in strain patterns from the base of the plate (SKS-splitting), through the crust to the surface to evaluate strain localization patterns. A secondary objective is to compare and contrast seismic and geodetic strain averaged over the interseismic cycle, and during and after discrete earthquakes.