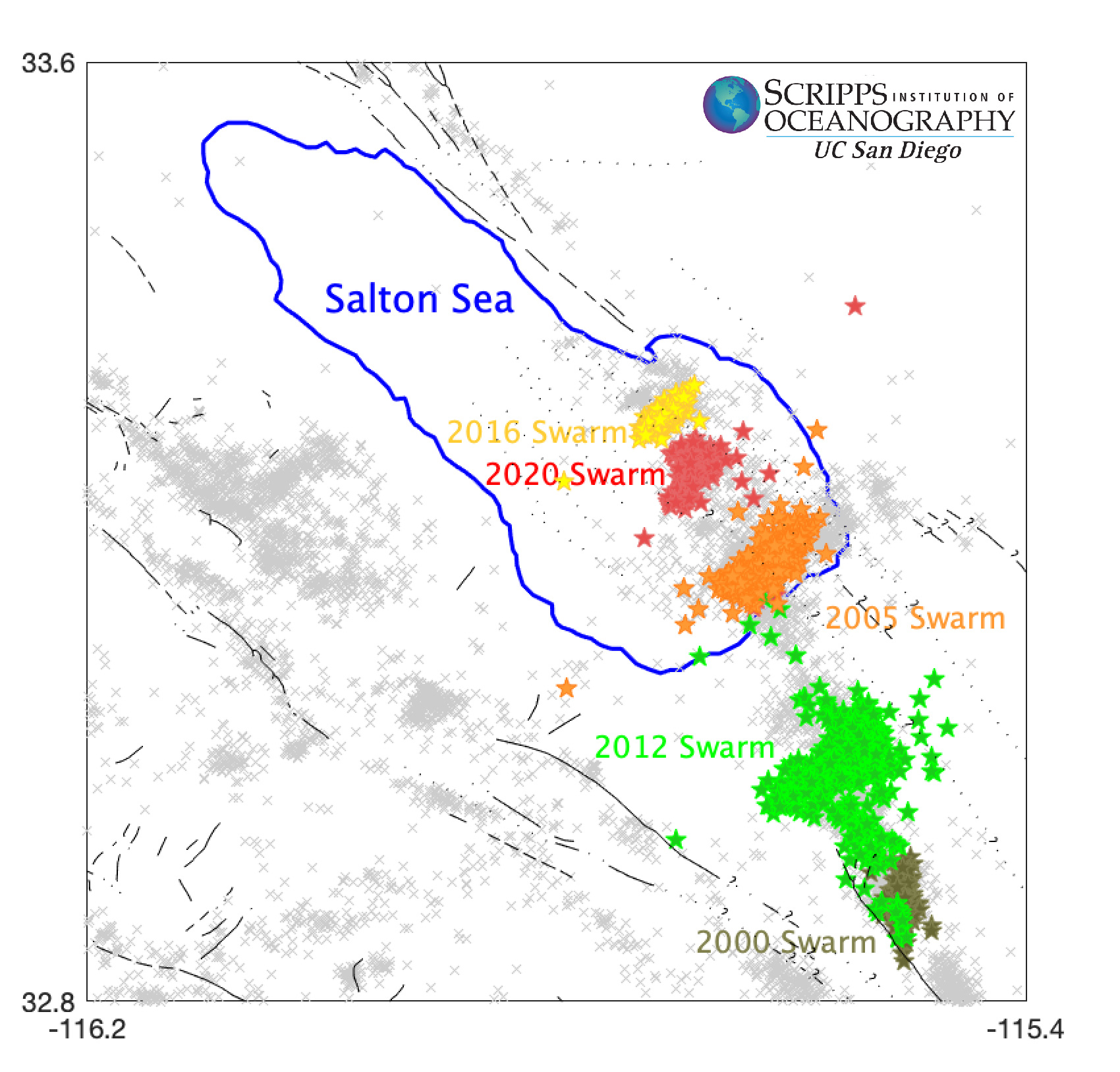 Debi Kilb, Frank Wyatt, Don Elliott and Billy Hatfield continue to monitor the Salton Sea swarm activity.  Kilb’s illustration of the the 2020 swarm (map, in red) shows that the swarm’s spatial extent is unique from years prior.  The graph created by Wyatt shows the time leading up to, and just after, Monday’s magnitude 4.6 earthquake within the Salton Sea region.  What Wyatt found most remarkable is the post-seismic deformation (earth strain) that is similar in extent as the coseismic component. This may reflect a doubling of the main-shock rupture area, which is still growing—slowly. 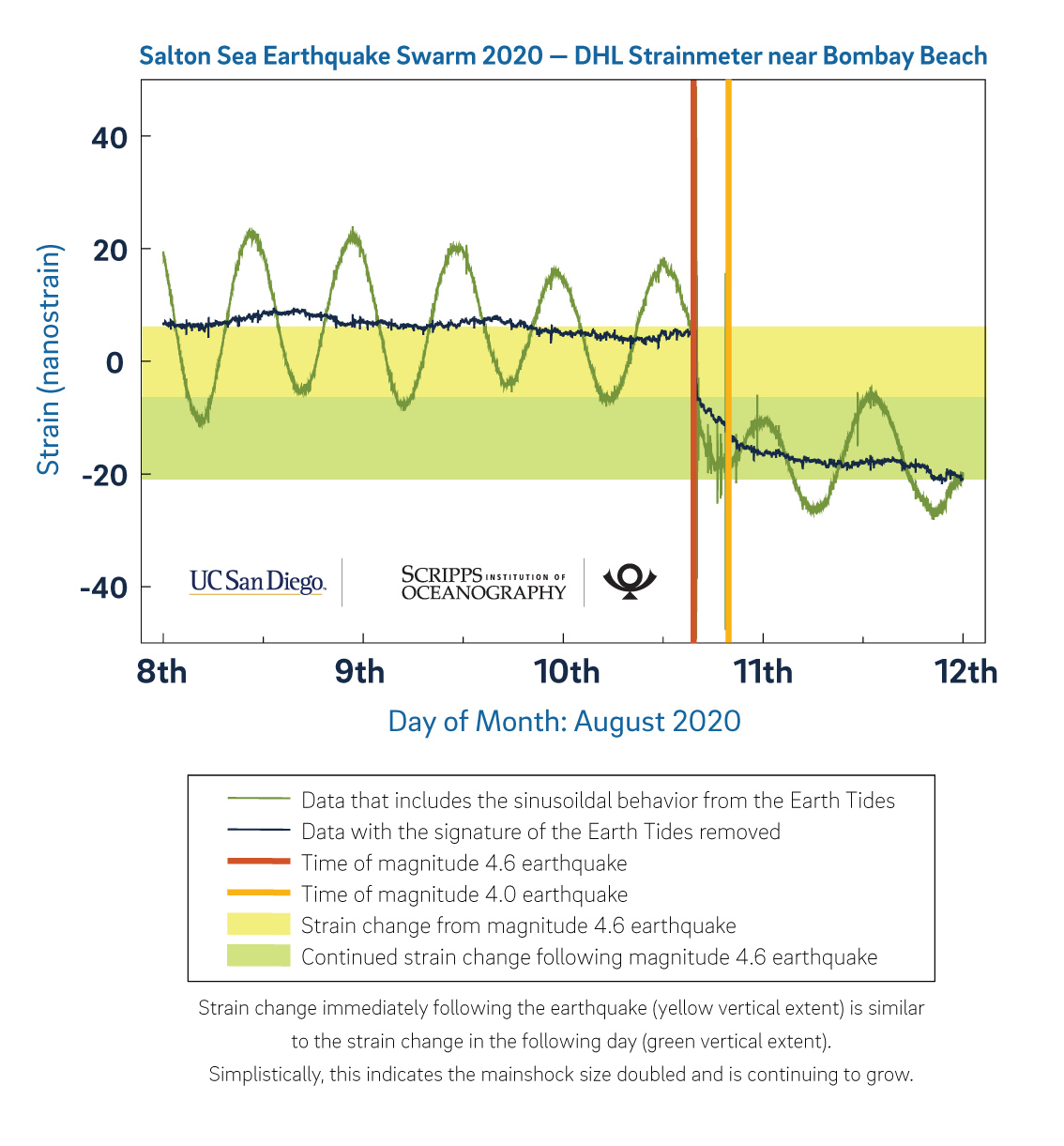