Professor Anne Pommier, Scripps colleague Rong Zhang, and the University of Leed's Chris Davies, share their discoveries about small-planet and moon core cooling in the AGU's JGR Planets. Their article "A Joint Experimental‐Modeling Investigation of the Effect of Light Elements on Dynamos in Small Planets and Moons" was released 21 July 2020 and may be found online here. 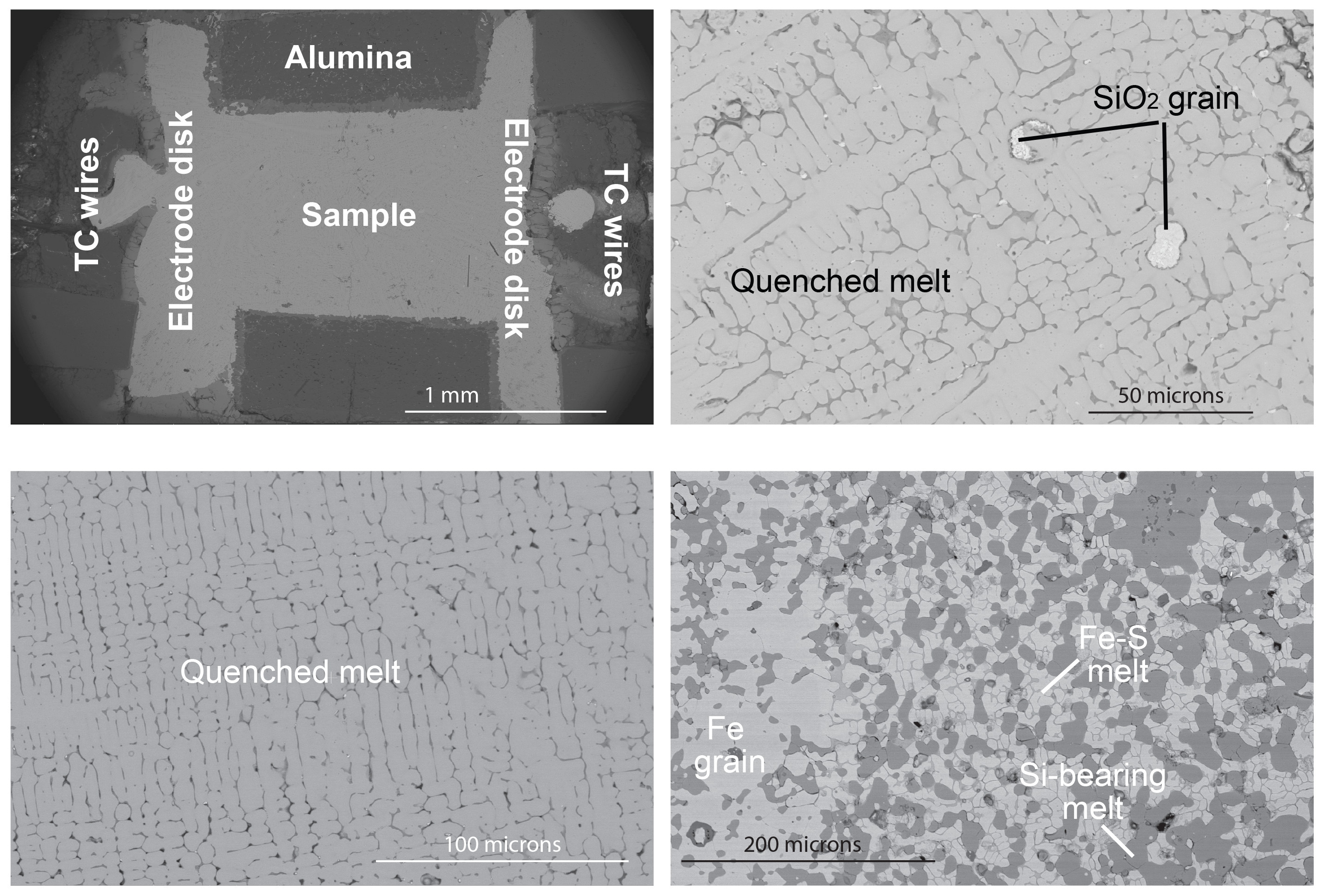 Different elements (like S, O, Mg, Si) are present in the metallic (Fe) cores of some planets and moons. The effect of these elements on the physical properties of the core is not well understood. Here we performed electrical experiments under pressure and temperature on different core compositions. The samples contain small amounts of S, O, Mg and Si. Our experimental results show that at high temperature, the electrical response of the sample is significantly sensitive to the nature and amount of added elements. For each composition, we also estimated the ability of the sample to conduct heat. All these results were used as part of core cooling models. Our modeling results suggest that core chemistry significantly changes the energy available to power dynamo action during cooling. Applied to the core of Mars, our model shows a significant effect of oxygen on the activity of the core dynamo.