The Munk Laboratory circa 1970

The Cecil H. and Ida M. Green Institute of Geophysics and Planetary Physics was dedicated in 1964, after a formal decision to develop the Institute in 1960. The original idea for the Institute was hatched in 1959 to "attract able minds away from traditional forms of physics," particularly because new geophysics departments had started to appear in other parts of the United States. At this time there was no UC San Diego, and the Scripps Institution of Oceanography was known as the University of California, La Jolla. The Institute was initially to be focused on planetary physics, with an emphasis on the Earth-Moon system. In the initial proposal for IGPP on April 15, 1959, Vic Vacquier wrote: "We thus envision an institute located near the Scripps Institution on the UCLJ campus, which by 1964 might consist of a dozen senior investigators, 25 junior staff, 25 pre-Ph.D. students and 5 post-doctoral fellows." On April 23, 1959, Walter Munk received a letter from UCLA providing "minor but immediate support for the Institute Program at La Jolla" to help relieve some of the early monetary shortfalls. This support was $1000 in petty cash and $2500 for research Asstistants. On June 2, 1959, a memo was sent to Roger Revelle (then Director of Scripps) and Louis Slichter (the Director of the State-wide Institute of Geophysics at UCLA) outlining the formal proposal for a La Jolla branch of the Institute of Geophysics, and in July 1959, IGPLJ was established. Initially, all members of IGPP had appointments in existing UC departments, including Scripps Institution of Oceanography, Aerospace & Mechanical Engineering, and Physics.

In January 1960 Walter Munk applied for a grant of $486,000 from the Max C. Fleischmann Foundation of Nevada to build the initial geophysical laboratory (now the Munk Laboratory)--half the estimated building cost. The rest of the funds were to be raised from the NSF and matched by the Scripps Institution of Oceanography. Despite repeated efforts by Prof. Munk, the application to the Fleischmann Foundation was unsuccessful; however, in his application Walter outlined his vision for the new laboratory: "The informal intimacy of the early days is now gone; we have professional administrators and parking problems. I have found these developments very disturbing, yet have become convinced that a modern scientific institution must have a broader base than that of the Scripps Institution during Sverdrup's days. This suggests an experiment: is it possible to combine the advantages of a small, intimate institute with the advantages provided by a modern, well-rounded campus? Could one establish an institute on this campus sufficiently small so that its director can devote most of his time to teaching and research, sufficiently remote to provide peaceful intimacy among its members, yet close enough to a general campus so that students can participate in the research, and staff members have convienient access to shops, library, modern computing facilities, and similar tools of the trade?" On January 19, 1961, a site to the north of the Scripps Institution of Oceanography was recommended by the Campus Planning Committee as the site for the new laboratory, and on March 28, 1961 Prof. Munk outlined the role of IGPP on the San Diego campus: "Above all the Institute is to remain relatively small. It is to be housed in an intimate and somewhat separate laboratory so that people with various backgrounds remain in very close contact." On April 5, 1961, the Committee on Educational Policy approved Prof. Munk's plans for the Institute of Geophysics and Planetary Physics at La Jolla, the estimated cost of which was $972, 000, or $20.90 per assignable square foot. The redwood building north of Scripps Pier was constructed (which went on to win several design awards), and in 1961 IGPP published its first annual report. A field testing station at Camp Elliot provided space for testing seismic instruments, and negotiations started for the development of a permanent geophysical observatory at Pinyon Flat, two and a half hours from the Institute. On December 9, 1961, Prof. Munk wrote to his friend, Cecil Green, requesting the establishment of a "Cecil Green Professorship" in Geophysics, and by December 15 Prof. Munk had received notification from the University of California that IGPP be decentralized, effective immediately.

On August 14, 1964, Prof. Munk advised the Systemwide Institute of Geophysics Director and the University of California Chancellor that he had been director of IGPP for five years, and that the initial phase of the formation of the La Jolla Laboratory of IGPP was coming towards an end. "We are about 80% staffed and adequately housed. Government support towards our research is at a satisfactory and fairly steady level, $750,000". W.F Libby (the Director of IGPP UCLA and Systemwide IGPP) recommended to Chancellor York (UC Chancellor) that Prof. Munk remain as Associate Director. Early academic and research specializations ranged the whole geophysics curriculum, and included Geophysical Inverse Theory, Earthquake Mechanisms, Seismic Geophysics, Geophysical Fluid Dynamics, Plate Tectonics, Time Series Analysis, Theoretical Seismology, and Abyssal Oceanography. 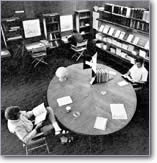 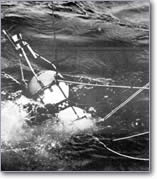