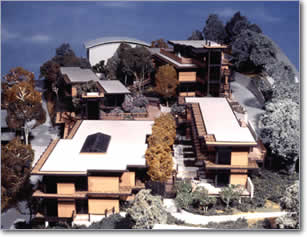 During the 1980's IGPP continued to grow and diversify under the continued directorship of Freeman Gilbert, and then John Orcutt. In the late 1980's plans were drawn up for the construction of another laboratory, to be built on the side of the hill between the Munk Laboratory and La Jolla Shores Drive. Plans for the new lab were developed by Judith and Walter Munk, and Sharyn and John Orcutt, in liason with a local architect, Fred Liebhardt.